Tomorrow, Jan. 15, ’10, China is going to be having their very first gay pageant.  The Mr. Gay China pageant will be held in Beijing.  This is quite impressive, considering homosexuality in China is often reported to be a taboo topic not to be discussed.  I’ve noticed mainland china’s views on homosexuality are quite different than here in Taipei, which hosts Asia’s largest gay pride parade (see pics).  Despite the expected 30 million Chinese who are thought to be homosexuals, the topic of equal human rights for gay individuals is rarely discussed, and the government’s stance is said to be one of “no approval, no disapproval, and no promotion.”

The Mr. Gay China event is being sponsored by Gayographic, currently Beijing’s only gay PR and event management company, and will consist of 8 young men competing for a chance to participate in the Mr. Gay World competition held later this year in Oslo, Norway.   As Ben Zhang, co-founder of Gayographic, puts it “We hope to send out a message to the Chinese public that the gay community is here and it’s healthy, sexy, trendy,”

UPDATE:  Canceled.  Opening the Sunday newspaper, I read how this event was cancelled about an hour before the pageant was set to begin.  What a shame.

It’s a cold Taipei day, frigid, even though the sun is out.  I’ve just returned from the morning part of my job and now I have roughly four hours before returning to the afternoon/evening part.  And, it’s like this everyday, except Sunday, my day off.  I’ve set aside these hours, like most of my spare time these days, to working on this WWP photo-project.  I think that’s one of the most challenging parts of this project, so far at least, that ongoing struggle to balance time.  I have no doubt Chad would also agree on that point.

I’m sure anyone who is reading this has experienced these same feelings and this situation.  That moment when you are deeply involved in a project you’re working on and enjoy, just to realize – time’s up.  Instead, time to rush off to work, that necessity that funds everything else.  Part of the challenge of developing the WWP photo-project is that it is both self-motivated and self-funded.  Since it is self-motivated, this means we both eagerly accept devoting our free time and off hours to working on what I hope is a quality website and blog that can properly showcase Chad’s photos and promote the goals of the project.  It also means working extra hours, and spending time on the, as of yet unsuccessful, search for backers and partners.  However, I firmly believe in this project  - and I think it really will look inspiring and fantastic once we have collected beautiful and provocative images of pride marches from around the globe.

Expect to see a new site coming soon, a pride calendar that lists 2010 world pride marches.  We will be linking it to our main project site, and it will list pride parades by country along with accompanying YouTube videos.  To help fund the project, we will be offering advertising banner placements and other promotional opportunities on the website, so contact us for more information if you, or an organization  you know, might be interested.

Well, that’s an update on what’s going on so far.

But first, I think some hot chocolate is just what’s required for this cold winter day … 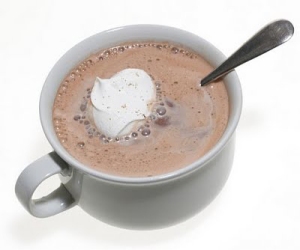 Suzanne Poli Photo Exhibit: A View From My Window

Looking down from her window on Christopher Street,  Suzanne Poli witnessed the Stonewall Riots.   For the next 15 years, from this same window perspective, she  took snapshots of the remembrance parades held each year since.  These images have been collected together on the website http://outhistory.org, and offer a unique historical perspective on the start of  gay pride parades.

Here’s a link to the online exhibit: A View From My Window

And her website that shows her most current work: Suzanne Poli

While I personally respect the idea behind pride parades, there’s a lot of discussion even among activists concerning the overall benefits of holding annual pride marchers.  This weekend I stumbled across a well written article on Fridae.com , a news website “empowering gay asia”,  that further explores this topic.  It’s by Shinen Wong, a young man who grew up in Malaysia/Singapore before attending college in the US, then working in San Francisco, and now living in Sydney.

What are your thoughts?  Do you agree with his ideas?

I’m not sure of the specifics, but the below equation on his website explains the basics…

Getting Ready for Sydney – Part 1

It’s a little over 2 months away, but the next city the WWP project is preparing to visit is Sydney, Australia.  The annual Sydney Gay & Lesbian Mardi Gras parade has become a huge event, with over 10,000 participants and hundreds of thousands of onlookers expected to turn out this year for the celebration.  As it is such a well-attended (and organized) event, they require special passes and permits to photograph, which we are in the process of getting.  What’s particularly unique about Sydney’s parade is that it’s grown to become a mainstream event, and includes numerous LGBT representatives of community groups/organizations marching ‘out and proud’ – even the police force.

For today, I decided to look up some of the history concerning the parade …

The Roots:
Like the start of many other pride parades, the first Sydney march was organized to commemorate the Stonewall Riots.  The parade took place June 24th, 1978, with over 1,000 people turning out to protest against discrimination.  The crowd started marching down Oxford Street to Hyde Park, but the police broke up the demonstration arresting 53 persons.

In 1979, the Sydney pride march was again held, but fortunately this time incident free.  After several more successful runs, the parade was moved to February to better take advantage of Australia’s summer weather.  After this, the parade kept growing and growing.  The annual parade and accompanying events and activities that make up Sydney Gay & Lesbian Mardi Gras, have become a well-accepted part of Sydney’s attractions, with international visitors especially arriving for the event.

I found online that there is a website dedicated to sharing Sydney’s ‘Pride History’.  They provide a chronology of important dates in Sydney’s LGBT history throughout the past decades, and even photos of the first march.  From that site I also found a link to the ‘Australian Lesbian and Gay Archives’ that shares even more old pride march posters, and loads of other records discussing the communities history.

Following through with my 2010 resolution to update the WWP blog everyday, I just put together a playlist of some of the best YouTube videos of the ’09 Taipei Pride March.  The ‘Taiwan Pride 2009’ video looks nice, but I think my favorite is the upbeat ‘Love Out Loud’ clip.

If you’ve looked through our Taiwan parade photos, many of the people in these videos might look very familiar! How many do you recognize?

Hah, and for all those who’ve enjoyed the ‘Where’s Waldo’ books, let me know if you catch a glimpse of Chad in these videos, I bet he’s there somewhere …

I’ve spent a lot of time in airplanes, but rarely has that time been spent sleeping.  Hundreds of bad movies, cheap travel magazines, and “single serving” conversations have kept me up past time zones, date lines, and of course my bed time.  My flight to Manila was no different, and I found myself walking passing customs at just after 3 in the morning.  There are no cars waiting for me, no drivers holding a sign with my name.  There are no reservations at a local hotel.  At this time of night there is only an empty bench, and an hour or two before the sun comes up.  Over the years, I’ve spent a lot of time sleeping on airport benches and floors during these early morning hours.  I enjoy the silence in a place that is usually bustling with people and all the noise that comes with them.

Sun comes up, taxi ride, hotel check in.   My hotel in Manila was just a two minute walk from the meeting point of the parade, so that morning, still unable to sleep, I headed out with a map showing the parade route.  END_OF_DOCUMENT_TOKEN_TO_BE_REPLACED

“Walk with Pride” is competing in the Sony/PDN People’s Choice Photography Contest.

To see and VOTE for your favorite images visit: http://emerging.pdnevents.com/bin/Rate

If you’d like to see and VOTE for the WWP photos visit: http://emerging.pdnevents.com/bin/Rate?searchphotographer=Charles+Meacham&search=photographer#

There are some really nice images entered in the contest, so if you have a minute see for yourself … 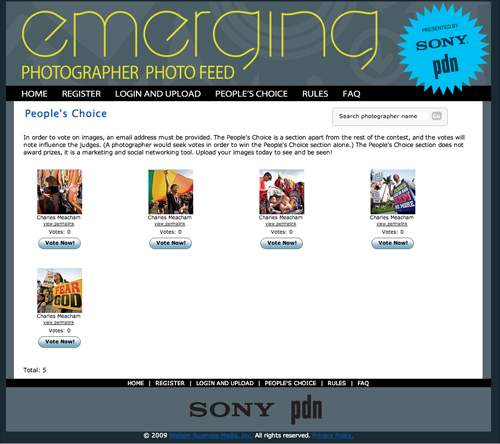